The prospects for the ecological situation on our planet today are seen as harsh as ever. According to a recent statement from the International Commission on Climate Change (IPCC), humans are making a big difference – about 90% of all natural change is caused by nothing more than human activity.

A group of scientists from different countries predicts that in the near future the average temperature may increase by 2°C-11°C, and the sea level will rise by more than half a meter. There are also suggestions that the speed of the Earth’s rotation around its axis will change.

This is far from all. According to gloomy forecasts, glaciers on large mountain ranges and poles will melt. Some areas will be completely flooded, while others will suffer from drought. The problem of water shortage will be acute for people. The population will be struck by famine and epidemics. The final chord will be the reduction of flora and fauna by about a quarter.

Here is an approximate picture of the further fate of our planet.

World oil production will peak between 2008 and 2018, according to the Swedish physicist Frederik Robelius. This tipping point, called “Hubert’s Peak”, will lead to the fact that oil production will begin to decline irreversibly, and in the end this will turn into a shortage of food and constant disputes between various countries over dwindling resources.

Europe in 2020 will be overwhelmed by multiple floods that will destroy most of the crop. On the other hand, due to the fact that the rains will be less frequent, up to 50% of various crops may be affected. Meanwhile, the global population will reach 7.6 billion people.

In 2030, almost one-fifth of all coral reefs will disappear, and in Asian coastal waters, this loss will be about 30%. The world population will increase to 8.3 billion people. In developing countries, the urban population will more than double and urban settlements will expand by 20%.

The glaciers of the Arctic Sea will melt by 2040, and the sea itself will become shallower. Although many scientists do not agree with this and give dates from 2060 to 2105.

In another ten years, in 2050, small alpine glaciers will most likely disappear, while large ones will lose up to 70% of their area. And this is still an optimistic forecast, since, according to the Austrian scientist Roland Psenner from the University of Innsbruck, the ice in the Alps may melt by 2037. In Australia, mortality will increase by 3.2-5.2 thousand cases per year. The hardest hit will be for people aged 65 and over. In New York, from five hundred to a thousand people a year will die due to rising temperatures. In the UK, on ​​the contrary, people will be in danger of death due to hypothermia, as the temperature there will drop significantly. The world population will reach 9.4 billion people. 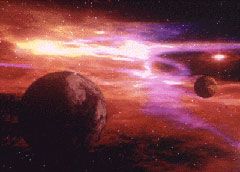 In 2060, yields in East Asia will increase by 20%, while in Central Asia they will fall by 30%. Similar differences will be observed on other continents. A quarter of known animal species will be on the verge of extinction.

Due to the disappearance of glaciers and the increase in areas covered by drought, the production of electricity from hydroelectric power plants will decrease significantly. This will affect Europe least of all, where electricity production will decrease by only 6%, but in the Mediterranean countries this figure will be 50%. In addition, the drought will cause multiple fires.

The year 2080 will be marked by the destruction of approximately 20% of human settlements by floods. Approximately 100 million coastal residents will suffer from annual floods, and tropical storms will hit the most densely populated regions. From 1.1 billion to 3.2 billion people will suffer from catastrophic water shortages, and 600 million will go hungry. All this will be accompanied by an epidemic of dengue fever, which will affect 3.5 billion people.

By the year 2100, the level of carbon dioxide in the atmosphere will exceed all permissible limits. The ecosystem will have to adapt to climate change. Only the name will remain of the permafrost. Almost 40% of the Earth’s surface will have a different climate, and the number of extinct species of plants and animals will reach a million.

At the end of the “reporting period”, in 2200, the day will become a tenth of a second shorter, because due to the changing size of the oceans, the Earth will become heavier and will rotate at a faster speed.