Every Russian knows Nostradamus and his prophecies. Although this medieval poet and physician was not really a soothsayer, his so-called “prophecies” are known more for their exaggerated popularity than for their real value. A true soothsayer, capable of not only foreseeing the future with amazing certainty, but also writing entire books of prophecy, lived with us in Russia. This man was Vasily Vasiliev, who became famous as the monk Abel. His predictions predicted the death of many Russian emperors.

Predictions of the monk Abel

The predictions of the monk Abel for rulers are a special article. Since ancient times, every ruler always had his own court seer. Predictors of the future were especially in demand in the east, because even the founder of medicine Avicenna himself made horoscopes and studied the influence of planets on the fate of people.

There were enough prophets in Russia too, but the most amazing and, perhaps, the most famous is the monk Abel. According to historical records and archival documents, all of his predictions of the monk Abel about the emperors of Russia came true with incredible accuracy. However, the figure of the monk Abel is so overgrown with myths that it is not known whether some facts about his life are true or fiction. 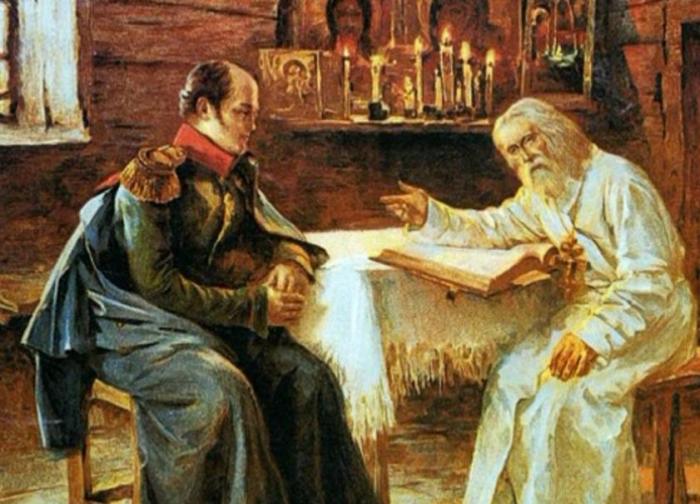 Here in the biographical dictionary of Brockhaus and Efron is: “Abel monk-soothsayer, was born in 1757. Peasant origin. For his predictions of the days and hours of the death of Catherine II and Paul I, the invasion of the French and the burning of Moscow, he was imprisoned many times, and in total he spent about 20 years in prison. By order of Emperor Nicholas I, he was imprisoned in the Spaso-Efimevsky Monastery, where he died in 1841. A short, dry reference, behind which is almost the fate of Russia.

The future prophet was born in the village of Akulovo, Tula region. And he lived for himself, like all the peasants of that time, not shining with talents, until the age of 28. Toward the middle of his life, Vasily suddenly left his family and went to the Valaam Monastery, where he took the tonsure under the name of the monk Adam. The reason for leaving was that the parents forcibly married Vasily, who himself had no desire to get a wife and was generally considered an unsociable person (which did not prevent him from having three children).

Adam lived in a monastery for a year, and then asked the abbot for leave and went to the skete. And it was there, escaping in prayer and loneliness, that Adam received the gift of prophecy. He himself wrote in his books that he had visions, as if a voice called him to heaven and showed him a book there, which contained many secrets of the earthly world. Adam read from there what concerned the Romanov dynasty and Russia – to the very end, and then the voice told him to convey what he had read to the emperor, more precisely, to Empress Catherine the Great, who then ruled Russia. 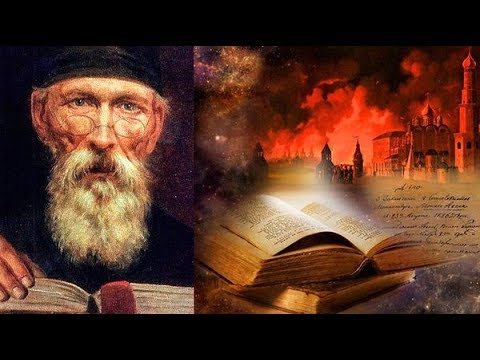 In order to fulfill the will of unknown forces, Adam went across Russia, and when he ended up in the Nikolo-Babevsky Monastery, he wrote his first book there, in which he said in plain text that Catherine would rule for only 40 years (and the fortieth year had just come her reign) that the throne is inherited not by her beloved grandson Alexander, but by her son Paul, and stuff like that.

When Catherine found out about this, she became furious and ordered the monk to be caught, cut and put in the Peter and Paul Fortress. Adam was indeed cut off and taken into custody. He was under arrest until the predictions of the monk Abel began to come true and the empress died at the time he predicted …

Paul I and the predictions of the monk Abel 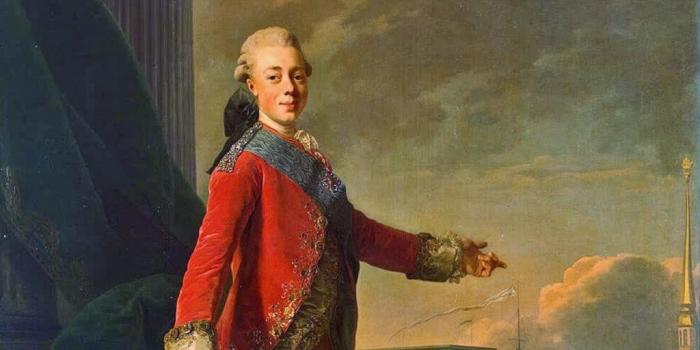 Of course, Paul I, who generally believed in all sorts of mystical phenomena and prophecies, became interested in the prophetic monk. Prince Kurakin, after the death of Catherine, became the Prosecutor General of the Senate – it was he who brought the book of predictions of this newly-born prophet to the emperor. As a result, a conversation took place between the ruler and the Tula defrocked monk.

What they were talking about, no one knew exactly then, and today it is completely unknown. But it is believed that Adam directly told Paul the date of his death: “Your reign will be short. On Sophronius of Jerusalem (a saint whose day of remembrance coincides with the day of the death of the emperor) in your bedchamber you will be strangled by the villains whom you warm on your royal chest. It is said in the Gospel: “The enemies of a man are his household,” this is how some sources quote this revelation. And one more thing: supposedly the monk revealed to the tsar the whole future of his descendants and all of Russia.

However, this is most likely a beautiful invention. If the monk Abel had predicted such a death for Paul, then it is unlikely that Paul issued the highest rescript on December 14, 1796, commanding, at Adam’s desire, to tonsure him again as a monk.

When Vasily Vasilyev was tonsured again, he received the name by which he is known as one of the most sinister and accurate predictors in Russia. After that, the monk went on a wandering – he first lived in St. Petersburg, then ended up in Moscow, where for some time he prophesied and predicted for money to everyone, and then briefly returned to Valaam, where he wrote his second book.

In this work, he predicted the death of the emperor who warmed him. And then he showed his creation to the abbot. He was frightened and sent the book to St. Petersburg Metropolitan Ambrose. Ambrose gave the book to the right person, and lo and behold, it ended up in the hands of Paul. The book indicated not only the death of the emperor and its detailed description and time, but also said why he was destined for such a death – for an unfulfilled promise to build a church and dedicate it to Archangel Michael. Paul, according to the monk, has as much left to live as there should be letters in the inscription above the gates of the Mikhailovsky Castle, which is being built instead of the promised church.

Paul, of course, was indignant at such ingratitude and ordered him to be imprisoned again in the very fortress from which he had been released. And he spent as much time there as during the previous imprisonment – ten months and ten days. Exactly until this prediction of the monk Abel came true … True, it is believed that Paul, although he was angry with the monk, nevertheless ordered all his prophecies regarding the Romanov dynasty to be written down and locked in a casket, which was allowed to be opened exactly after a hundred years after the death of the king.

Alexander I and the soothsayer 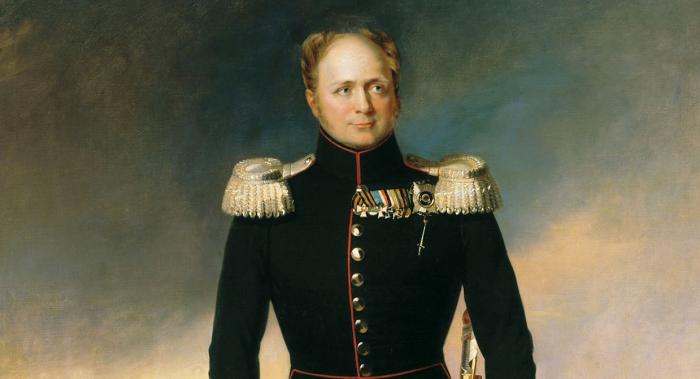 The monk Abel himself was taken under escort to the Solovetsky Monastery and forbidden to walk around Russia and confuse minds. But he was not going to wander – he sat down for a new book, in which he described the fire of 1812 and other horrors of the war with the French. These predictions of the monk Abel shocked those who read them so much that the third book fell into the hands of the third emperor, Alexander I. The young tsar was also not happy with such a prophecy and ordered Abel to be imprisoned in Solovki and not released from there until the predicted came true.

And it came true. Then Alexander ordered that the prophet come to him in St. Petersburg, even sending money for travel and a passport. True, hegumen Hilarion, who treated the imprisoned monk very badly, fearing royal disgrace, did not want to let him go. And only after receiving the prediction of the monk Abel about the death of his own and all the other monks of the monastery, he got scared and sent the predictor away. True, this did not help and the prophecy came true – a strange illness claimed both Illarion himself and his wards.

And the soothsayer arrived in Petersburg and had a conversation with Prince Golitsyn. It is not known what he told him there, but Golitsyn hurried to send the soothsayer on pilgrimages to holy places and with all his might prevented his meeting with the emperor. Moreover, a decree was issued by which the monk Abel was forbidden to publicly prophesy and generally make predictions. For disobedience, a prison threatened.

Therefore, Abel did not predict anything for quite a long time, but only traveled to holy places and corresponded with noble ladies and nobles, who did not lose hope of receiving any valuable prophecy from him.

However, over the years of his life in the Serpukhov Vysotsky Monastery, the soothsayer nevertheless wrote another book, The Life and Suffering of the Father and Monk Abel, hinting at his holiness with the title. The book contained many complex and incomprehensible mystical drawings, a description of the creation of the world and a detailed account of his life, meetings with kings, visions and wanderings.

Alexander I, of course, was informed about the new predictions of the monk Abel, who spoke of the death of the emperor, but the emperor did not take any punitive measures against him. Maybe because he received a similar divination from Seraphim of Sarov. Both “forecasts”, as you know, came true.

Monk Abel and Nicholas I 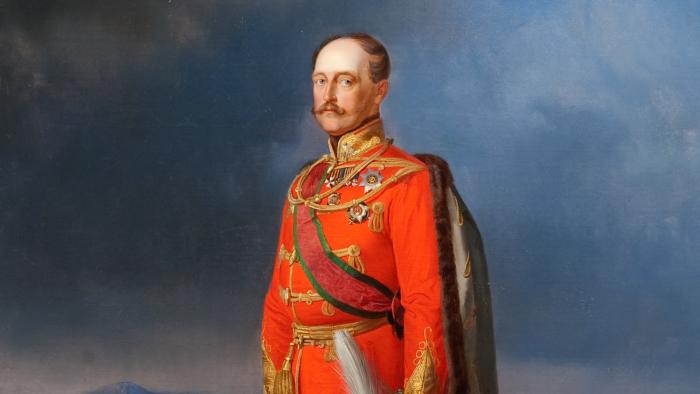 Therefore, Abel could safely prophesy further, which he did. This time he spoke publicly about the fate of the new emperor, Nicholas I. But the monk, taught by bitter experience, after the prediction of the monk Abel flew around Moscow and St. Petersburg, disappeared from the monastery and went on the run.

However, Nicholas I did not understand humor and was not afraid of predictors. Abel was caught rather quickly – in his native village, where he returned after many years, and imprisoned in the prison department of the Suzdal Spaso-Evfimiev Monastery.

From there he never left. This amazing man was buried behind the altar of the monastery’s St. Nicholas Church. None of his books – and it is not even known exactly how many of them he wrote three or five – has survived. The records of predictions that were in the casket that went to Nicholas II also disappeared. All the prophecies of the “Russian Nostradamus” are known only from letters and documents, fragments and inaccurate quotations.

Little information has come down to us about the most terrible book written by the soothsayer – a book about the coming of the Antichrist. Allegedly, the monk indicated the exact date of the end of the world. But where this book is now and who is reading it is unknown. Maybe this is for the best – and so there are enough black predictions and unkind prophecies in our dysfunctional world.