In 2000, my mother went to a psychic woman named Beverly and when she returned from her, she was very aroused. According to her, this woman told her such exact things that it frightened her greatly.

I was 18 at the time and I was about to go to college, and I took it all very skeptically. I joked with my mother, saying that if that woman really had superpowers, then she would be 100 thousand times richer.

Six months have passed. I was already falling behind in my studies by then, as I was having fun with friends and wasting my life like many teenagers. One day I was visiting my mother and stepfather’s house and my mother again talked about various unusual things that Beverly spoke about. And this time my patience snapped, I abruptly told my mother to stop talking about nonsense.

But my mother unexpectedly said that I should attend her session myself. And to my answer that I would not listen to the chatter of this Beverly, she repeated again that I should go there and she was even ready to pay for me herself. And she persuaded me several more times and I finally agreed, because I became curious. ( Paranormal news – ufosapce.net ).

Mom called Beverly and they made an appointment for Saturday. And so I came to this woman’s house (and before that I told my best friend that I would go to a psychic and he laughed at me) and outwardly it was the most ordinary house, which smelled of cigarettes. Beverly invited me to sit in a chair, and then sat down across from me, lit a cigarette, and just stared at me silently for a while.

Then she began to tell about me and my family various details, cases, characteristics, and at first all this was quite general things that she could learn about from her neighbors. Then she said that she saw my grandfather “here” and I reacted to this with a contemptuous laugh, but then she called his name, his name was Robert.

I didn’t understand why she started talking about him because I had never been close to him. My grandfather had 30 grandchildren and my father was his tenth child. And my grandfather was an alcoholic, and Beverly said that my grandfather wants me to be more careful with alcohol.

“Your grandfather tells me that if you don’t watch this, then the time will come when the choice will be made for you,” Beverly said.

Then she began to say something about the old days and I sat and was glad that it was not my 100 dollars for a session. Then my time was up and I got up to thank her and leave, but she suddenly grabbed my hand and said, “Wait! Wait another minute! You have a red-haired friend who is a thief.” 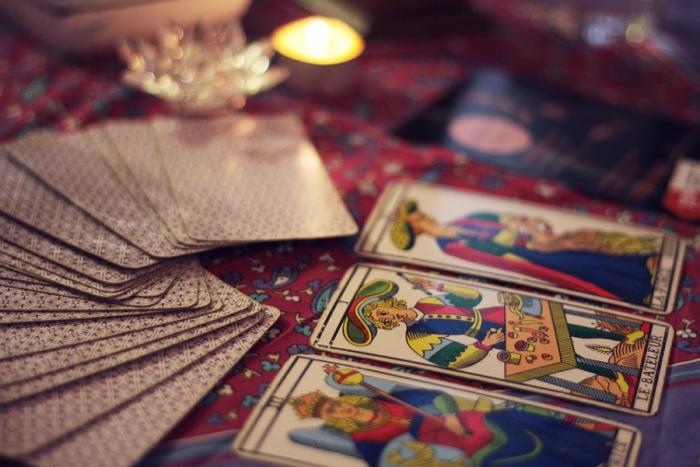 And I immediately understood what she was talking about. One of my friends named Chris was on drugs and then got kicked out of a bar because he stole a girl’s wallet.

“Don’t get in the jeep with him. No. This is very bad. It’s horrible. Never get in a Jeep with him because people will die. You shouldn’t be there and you probably won’t, because that’s not your path. However, I must warn you anyway,” Beverly said.

And those last words of hers hit me hard. She really guessed everything about Chris, that he is red-haired and a thief, and six months ago he just bought himself a yellow Vragler jeep.

I said goodbye to Beverly and left, and on the way home I stopped by friends. I told them about it and we decided that if this is a true prediction, then Chris will probably soon get into a fatal accident in his jeep.

And when later I learned from a friend that Beverly had predicted a quadruple (!) several years ago to his mother and that it had come true, I remembered her words about the jeep even more.

Another six months passed and nothing dangerous happened to Chris during this time. Once we were all supposed to gather in a company at our friend’s house, but that morning I woke up with a severe sore throat, apparently I picked up an infection somewhere. A friend called me and urged me to spit on it and go with them, but I refused. Then he went to them without me, and I drank the medicine and went back to sleep.

The next morning I woke up from the fact that my mother came into my apartment and she was all in tears. And suddenly I realized what had happened and that my friend was dead.

There was an accident and my friend and three other female students died in it. They were driving a Grand Cherokee jeep that belonged to another friend of mine, Rob, and Rob was driving with the redheaded Chris sitting next to him. Actually, Rob and Chris were the only ones who survived, and everyone who was in the back seat died.

I was devastated and couldn’t even add 2 and 2, meaning I didn’t connect Beverly’s prediction to this tragedy, because I thought it was about Chris’ car. “You shouldn’t be there and apparently you won’t”, all because of my throat, which this morning no longer hurt. But then it dawned on me and shook me to the core.

The next day I ran to Beverly and told her about everything, and then I decided to give up alcohol. Now Beverly is no more, she died, but now I know for sure that at least there was one person who really had an unusual gift.