Writer, shaman and soothsayer from the Russian Altai Andrey Korobeyshchikov predicts a possible imminent end of the world. In a conversation with a Komsomolskaya Pravda correspondent, he said that at the moment the Earth is ready to destroy humanity. Each of us can observe this by the frequent and intensified natural disasters, incomprehensible trumpet sounds from the sky, mysterious phenomena that many take as signs of the Apocalypse and many other signs of an approaching planetary catastrophe (esoreiter.ru).

The world seems to be boiling, the mystic exclaims, supervolcanoes are about to explode and plunge the planet into a long winter, the Earth’s poles are ready to shift, which again will lead to irreversible consequences, not to mention the processes that we observe on the Sun and so further, and the like. And this world is destroyed not by some aliens, not by the mysterious planet Nibiru, but by the people themselves. Moreover, to call on them to change their minds and stop destroying their home – the idea, as you know, is completely empty …

Another end of the world, the wise reader will exclaim! How much is possible, because none of these prophecies has yet come true! Fortunately, yes, and one could not pay attention to the next apocalypse-horror story, but it turns out some kind of strange coincidence.

Literally at the same time, another interesting news is circulating on the Internet – the world elite is intensively preparing to leave the Earth.

And the news is this: the heads of the most influential investment companies in the world (which ones are not disclosed) held a meeting-consultation with the famous futurist Douglas Rushkoff. It became known that his report on the technologies of the future, which the scientist had prepared for this meeting, was of no interest to any of those present. But the most influential leaders were concerned about the following questions: 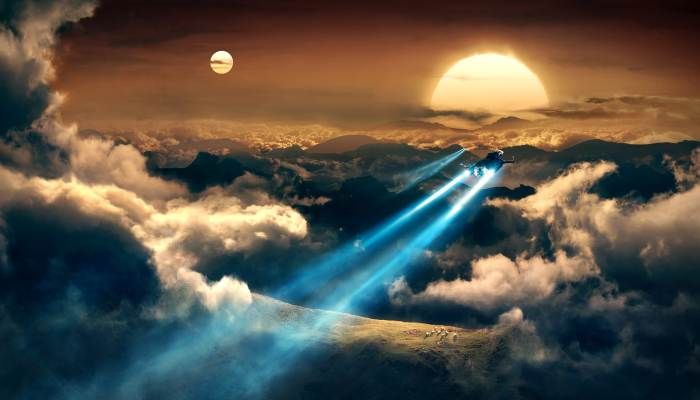 Douglas also noted that the powers that be are no longer able to control the processes taking place on Earth and leading to a catastrophe on a planetary scale. Their huge funds can only be used to save a handful of rich people and their servants, whom, from the fears of the elite, they do not know how to make work for them when the value system changes dramatically.

But after all, the shaman’s statement about the futility of calling on humanity to change and the impotence of the elite to correct anything in the current situation are practically the same thing: people have gone too far in their technocratic recklessness, and now we are quite threatened with a “reset”, which, it must be assumed that there were many on Earth before us. At least today, only the most hard-nosed Darwinist can disbelieve that there were others before our civilization. And where are they?..