What Paracelsus predicted for Russia (3 photos)

“There is one people that Herodotus calls the Hyperboreans. The current name of this people is Muscovy. Thus begins one of the predictions attributed to the famous scientist and alchemist Aureol Theophrastus Bombast Paracelsus.

“You cannot trust their terrible decline, which will last for many centuries. Hyperboreans know both a strong decline and a huge flourishing. In this very country of the Hyperboreans, which no one ever thought of as a country in which something great could happen, the Great Cross will shine over the humiliated and rejected …, the Divine Light will shine from the mountain of the Hyperboreans, and all the inhabitants of the Earth will see it.

But that’s not all … Here are a few more predictions that are “from Paracelsus”, which are able to raise the self-esteem of a Russian citizen.

“… Muscovy will rise above all states. Not with her hand, but with her soul, she will save the world.”

“… In Muscovy, which no one has ever thought of as a country in which something great can happen, great prosperity will shine on the humiliated and outcast. They will conquer the sun.”

This prediction was replicated by the American edition of 100 Great Predictions. A questionable book, to say the least. Its compilers refer to a certain book by Aureol Theophrastus Bombast, which they call “Oracles”. However, there is no such opus in academic bibliographies of Paracelsus’ writings. Most likely, the “Oracles” are the fruit of the not very scientific mind of American occult dreamers. True, the connection between Paracelsus and Russia still exists. And even some prediction that can be attributed to Russia.

Paracelsus was not an armchair scientist. He was sure that true knowledge is acquired not in universities, but through direct contact with the bearers of wisdom. That is why in 1516 a young scientist from Switzerland, Aureol Theophrastus Bombast, sets off on a grandiose journey around the world. It was a long-term campaign for knowledge, during which Paracelsus visited a dozen countries and met hundreds of the best sages of that time – traditional healers, astrologers, alchemists, shamans and mystics. 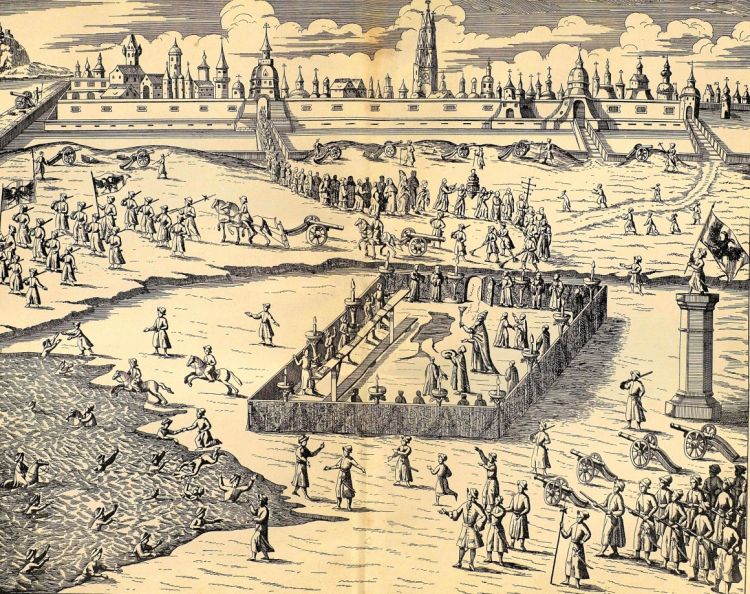 Why is the path of the Swiss exactly to Russia? A successful alchemist who has accomplished the Great Work would have been met with triumph by the best universities in Europe, and the monarchs of the Old World would have been ready to guarantee an endless sinecure in their own courts.

Unfortunately, we cannot answer this question today. But we can definitely say that Paracelsus had the strongest motivating factor to go to the then periphery of civilization.

It is possible that the Swiss arrived in Moscow from Constantinople as part of a group of Greek or Italian specialists – engineers, architects, doctors. The son of the Byzantine princess Sophia Paleologos, the Moscow sovereign Vasily III, flooded almost the entire territory of the former Byzantine Empire and Italy with his recruiters, whose task was to engage the best local professionals in the service of the grand duke.

Some biographers of Paracelsus claim that the alchemist was received personally by Basil III and that mutual sympathy arose between them. There is a hypothesis that the “thin German” was specially invited to the Grand Duke’s palace in order to solve one important, but strategic problem in the young Russian state.

The fact is that Vasily’s wife, Queen Solomonia, suffered from infertility, and, probably, the “call” of the Swiss luminary of medicine (and even received the philosopher’s stone) was supposed to help the Rurikids continue the dynasty.

But it didn’t work out … It’s hard to say what caused the failure: either the philosopher’s stone didn’t “work”, or the problem was stronger than the genius of Paracelsus, or evil fate prevented an important mission. The fact is that on July 30, 1521, the troops of the Crimean and Kazan khans broke into the Kremlin. Basil III fled to Volokolamsk, but Paracelsus was less fortunate: the alchemist became a prisoner. Moreover, the personal prisoner of the Khan.

The further chronology of the life of Aureol Theophrastus Bombast is contradictory: some biographers say that the scientist became almost the best friend of the khan, gained wisdom from the khan’s court doctors and safely returned to Constantinople, accompanying the khan’s son, others argue that Paracelsus managed to escape from captivity and through Lithuania return to “civilized” Europe.

Actually, it’s not that important. The mission, if it existed, of course, failed. Solomonia never gave birth to an heir: in 1525, Vasily III received a divorce, the former queen went to a monastery, and her place was taken by the Lithuanian Elena Glinskaya, the future mother of Ivan the Terrible.

Well, Paracelsus, having earned the reputation of the wisest scientist of his time, was stabbed to death in one of the dark gates of the city of Salzburg in 1541. 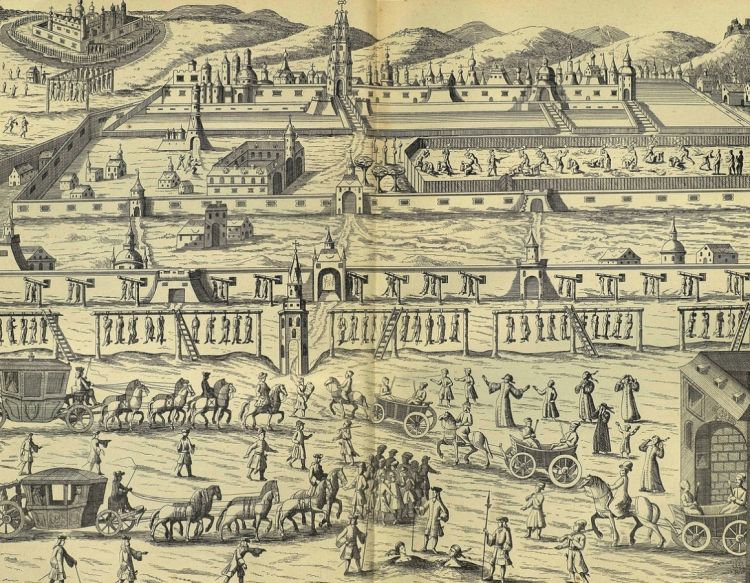 In his books, Paracelsus did not make a single mention of Muscovy. But there is one prediction that experts associate specifically with Russia. In the book Prognostications, published during the scientist’s lifetime, the eleventh chapter contains a very strange prophecy, accompanied by an engraving depicting a bear:

“Although the sun shone over you once, and you enjoyed life, eating food and indulging in robberies, carnal pleasures, you still did not think about the end of all things and forgot about winter. For which He deprived you of pleasures and forced you to suck on your own paws. Since you, having become like a bear, have lost the meaning of life, the Almighty brought you to the consciousness of the role of hard work. If the wisdom of man be your essence, winter would not overcome you forever … “.

For some reason, the researchers of Paracelsus refer this prediction only to two countries – Russia and Germany during the time of Hitler …