Prophecies of E. Blavatsky about the future of the world

Helena Blavatsky is an extraordinary and controversial personality. She is treated ambiguously. Who is she – a deceiver or a prophet?

There is no doubt that she made a significant contribution to history. The Theosophical Society she founded brought back many forgotten ideas.

According to her theory, modern time is the completion of the 5000 year cycle of the Kali Yuga. Then the era of light will come. Many predictions are related to the theme of the Golden Age. It will come with the advent of Maitreya.

In Buddhism, there is one recognized Bodhisattva, Maitreya. He decided to become a supreme being, a Buddha, and then lead people out of the cycle of rebirth.

Ancient teachings predict that he will replace Gautama Buddha.

Blavatsky’s Theosophical Dictionary is widely known. In it, she writes about the visit of Gautam Buddha to Matreya in heaven. He must descend to earth in 3000 years. When that happens, the world will end. But this will be the beginning of a spiritually pure era. About this the author wrote the work “Isis Unveiled”. 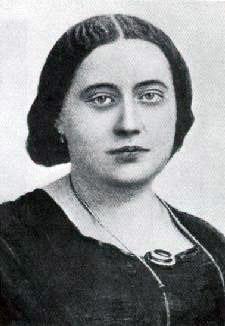 The formation of a new human Race is currently taking place. Spirituality will be its main asset.

Cataclysms have happened in the world before. An example of this is the sinking of Atlantis. According to Blavatsky, this is not fiction. This will happen in the future as well. England and part of Western Europe will go under water. They will be replaced by part of the Azores and the island of Poseidonis.

This process is already underway. It’s just invisible to the human eye. The dark era is over, we are moving towards the light.

According to Blavatsky, there will be no end of the world in the form in which everyone imagines it.

Instead, the geographic poles will change. This happens every 26 thousand years at the end of the cycle of civilization. At the same time, all the negativity of previous generations is cleansed. But man will always exist.