Jonah of Odessa and his predictions (4 photos)

Do you believe in prophecies? I don’t mean the newfangled charlatans who are a dime a dozen. Indeed, in the 21st century it is fashionable to be a sorcerer or a witch. I mean, soothsayers whose prophecies have passed through the ages. Those prophets who lived at a time when soothsayers could be considered crazy, or possessed. Such people could even be burned at the stake, for their special vision of the world. In this article, I would like to tell you about one old man, about such a prophet as Jonah of Odessa.

Who is Iona Odessa

This elder lived in the 20th and 21st centuries. He was born back in 1925 in a large family. The old man’s life was not easy. There was no money in the family, so from an early age, Jonah helped his parents, which is why he could not even finish school. His family lived in the village, his parents were God-fearing people, hard workers. In the thirties, the authorities took away everything from the Ion family, including the cow that fed them. Since then, very young, he had to start working without finishing school in order to earn a living.

During the Second World War, Jonah worked at a factory, dragging coal, where he undermined his health. After the end of the war, he worked in various places. First as a tractor driver, then at a mine, and later as an oilman.

In his youth, a wonderful thing happened to him. As a tractor driver, he rode a tractor and fell asleep from fatigue. Suddenly waking up, he saw a girl in front of the car, and braked sharply. When he got out of the car, he saw no one. But on the other hand, he saw that he was standing on the very edge of the cliff, into which he almost fell. Jonah claims that the Mother of God saved him in this way.

However, the elder came to the spiritual world late. At the age of 40, he contracted tuberculosis. Then he prayed to the Lord for salvation, promising that he would change his life and become a spiritual person. Hearing his prayers, the Lord helped him. Then Jonah went to the Caucasus, and lived there for several years among hermit monks. After he received a blessing, he went to Odessa, but he was not immediately accepted into the church, and the elder had to dig a hole for himself on the seashore, and live in it, hiding behind leaves. Later, the monastery needed a heavy labor force, so he ended up in the Holy Dormition Monastery, where at first he worked as a tractor driver.

At the monastery, he performed labor work. Didn’t skimp on anything. He mowed the grass, looked after and cleaned up the cattle. Jonah did not hold evil against people, although many treated him badly. Sometimes they even poured slops on him. The elder had to sleep in the cowshed along with the cattle. 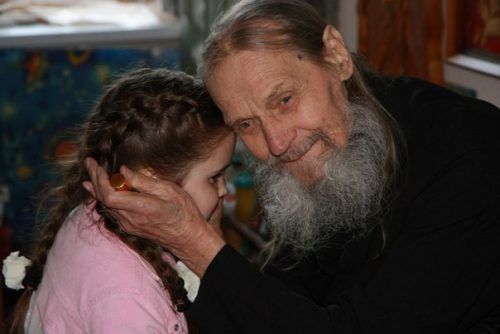 Ministry of Ion of Odessa

Already being a priest, Jonah spoke to people about forgiveness and said that troubles and troubles are not punishment, these are trials from the Lord. He could always give consolation both with a kind word and a prayer, for which the parishioners loved him very much. When he went to the service, he was surrounded by a crowd, about two hundred people. And so it was all the time. To meet the elder, people have been queuing since the night.

And they came to him not only from Odessa, and even not only from Ukraine, but from all over the post-Soviet space. He always tried to help everyone. There were rumors about his healing prayer. It was said that he could heal not only the soul, but also the body. Some even claimed that Jonah could read minds. He received people at his bed, already being seriously ill, until his death. He always listened to everyone and helped, but he never complained to anyone, even when he was in pain. And the father always sought to give a person some kind of gift, and give his pious blessing.

Until the disease fettered him, Jonah sought to visit various shrines. There he collected oil, which was miraculous. In general, everyone who knew him said that he was kind, sympathetic. He saw their ailments in people, and helped with prayer. And when someone asked for a blessing, he gave it only if the person could do what he asked for.

Jonah worked as a clergyman for more than four decades. People from all over the post-Soviet space came to him for advice and help. People were walking towards him.

When he died, no one was allowed to see him. Only one parishioner remained with him until the very end. I read prayers with him. When Jonah prayed, he did not need painkillers, the word of God helped. The elder died on December 18, 2012. 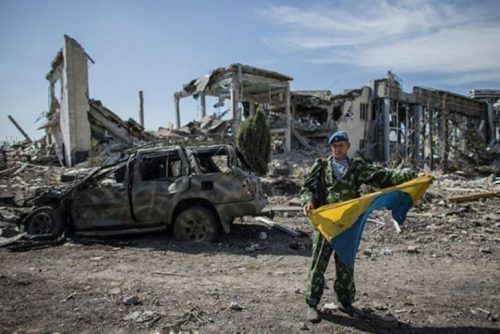 Predictions of Ion of Odessa

The priests have certain visions about people, about the future of the world, about our planet and about what will happen after us. On the basis of these knowledge, God’s novices make their prophecies, the so-called predictions. They can see what others cannot see. This is what happened with Ion of Odessa, he could also predict the future, although due to lack of education, he could not express his thoughts well. His predictions were not vague, but it was quite difficult to understand them exactly.

About Ukraine and World War III

In the last years of his life, Jonah predicted a difficult fate for Ukraine. He said that misfortunes would fall on Ukraine a year after his death. Terrible changes and troubles will begin on the territory of the country. These troubles will last for three years, and will entail famine, war, and also the fact that brother will go against brother. Terrible changes await everyone, and according to the elder, not everyone will be able to adequately go through them. And as practice has shown, the predictions regarding Ukraine came true. At the end of 2013, a terrible coup took place in the country, which led to both famine and war between the brothers.

His prophecies also included a possible world war. Jonah argued that the war would begin because of a small country that is located on the border with the Russian Federation.

The future of the USA in the words of Jonah

His prophecies said that hostilities would not begin because of the feuds between Russia and the United States of America, because of the conflicts in this country. The political instability of this state can lead to dire consequences. Before his death, he argued, the monarchy would be restored in Russia, and a great tsar would be at the head. A single Orthodox religion will arrive on Russian soil. In his understanding, Russia and Ukraine are one single country, and there should be no divisions. This is worth thinking about, but it is still rash to draw conclusions. Because the prophecy has not come true yet. 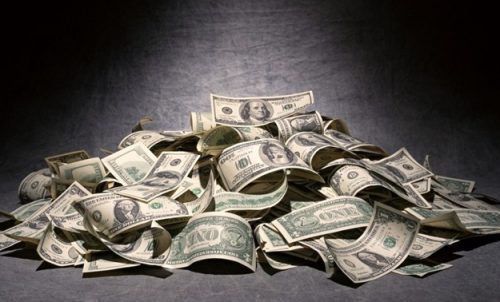 And here is an interesting prediction about the world currency, namely the dollar. Jonah didn’t understand why people were so eager to get their hands on dollars. According to him, the day will come when this currency will depreciate, and people will stomp on it and no one will need it. This, too, can be believed, because the United States prints more money than the country’s gold reserves, and sooner or later it may come out sideways to them.

Jonah did not tell people about death, he prophesied about the trials given by the Lord to mankind for the purification of souls and thoughts. The great elder said that it is necessary to accept this terrible time with humility and meekness. He asked people to see their mistakes in these difficult times. He said that humanity would not listen to the prophets and people would forget God, and then the Kingdom of Heaven would send a man to Earth who would bring with him a new beginning. But before the grace of God descends on the earth, people will be tested by fire, the sword and the false prophet.