the future is just a guess by a handful of futurologists, scientists and specialists. But who to trust if not them? Urban crazy? Politicians? Vanga’s predictions? That’s the point: there is no choice. However, some predictions look, to put it mildly, strange – we want to talk about them. So what to do? Life in general is a strange thing!

1 You will be able to communicate with deceased relatives 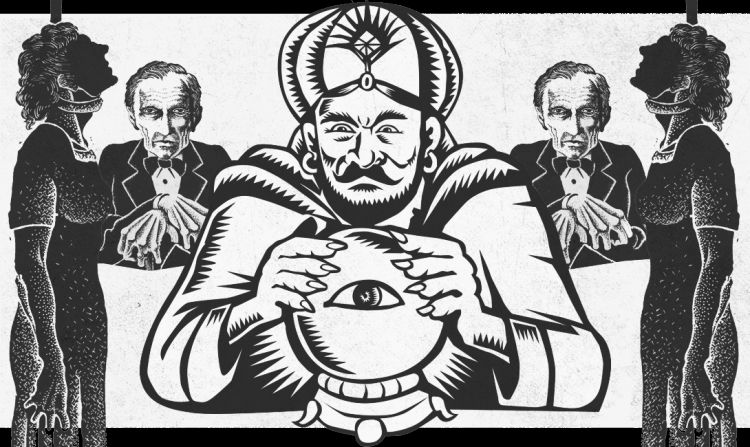 According to the notorious futurist Ray Kurzweil, this is possible. Thoughts about death and eternal life do not let a person go, and this is reflected even in technology. Alas, it is impossible to make people immortal, but they can be digitized – to create a virtual reality where there will be programmed avatars of our deceased relatives who will look like they are alive, communicate with us like the ghost of Obi-Wan. All that is needed for this is as much information as possible about the deceased and patience.

Only one question arises: is it necessary to stir up the heart once again, communicating with those who are not? After all, this is not a living person, but a projection that cannot be embraced and which, by and large, is artificial. And the realization of this will come sooner or later. So after all, you can go crazy, up to the desire to commit suicide in order to be closer to the mirage.

2 Your kitchen will take care of your food

Soon there will be no more reason to leave the room. We just have to wait for Amazon to arrange the delivery of products using drones directly to the kitchen. And you don’t have to poke your fingers into the buttons or make phone calls – everything will be done by a smart refrigerator, which itself will send out notifications about the missing products. So in the future, do not be surprised where all the money disappears: it was spent by the refrigerator, which decided that you could not do without lamb carcass and 17 kg of potatoes. Now, if these refrigerators themselves made money and threw away the missing food, they would not have a price.

3 You can surf the web with your contact lenses

A group of Samsung engineers are developing contact lenses that will allow you to access the Internet. To do this, they stuffed a light-emitting diode, high-tech graphite and silver nanowires into a tiny lens and, judging by rumors, have already tested them. They are controlled by eye movement. The main thing is not to turn them on while driving, otherwise an untimely YouTube video will be the last thing you see.

According to futurologists and brain experts, there is no doubt that this will become possible in the foreseeable future. It’s simple: thoughts and impulses are translated into data that can be stored in the cloud, and, in which case, it can be sent to friends. What a convenient! After all, usually brilliant thoughts disappear forever, but here they can be carefully preserved. Just keep your dirty thoughts to yourself, because any cloud can be hacked. How are you going to look people in the eye after they’re made public?

The only thing that makes Saturn any interesting is its rings. But, as the astrophysicists say, he does not have long to show off in circles. Some 20-40 million years, and the same beauty will appear on Mars. No, this is not another Elon Musk project. Scientists have long noticed that the satellites of the Red Planet – Deimos and Phobos – are getting closer and closer to the surface of Mars every year. And at one fine moment, the force of gravity will break the unfortunate satellites into small fragments. Well, where do these debris go? They will enter the orbit of the planet and form a near-Saturnian landscape.

Thanks to advances in cloning technology and biogenetics, we will be able to experience firsthand the mammoth mammoths, megalodons, and the vile importunity of the raptors. So what, that they are without a navel, but alive! It will come to the point that geneticists will “resurrect” Neanderthals and animals that were mercilessly exterminated several centuries ago. Why is this needed? Yes, simply because genetics can do it – there are no other reasons. Aren’t you interested in seeing the real Jurasik Park, and not the figment of Maestro Spielberg’s fantasy?

Why do you need an actor if you can create your own, ideal? He does not need to pay huge money, since he will exist entirely in the digital space. There will be no need to build scenery and look for extras: everyone can be created in special editors and endowed with the necessary features – almost like in Pelevin’s “Generation P”. But it’s too early for actors to worry about their jobs. This technology will not soon become popular and in demand.

According to Ray Kurzweil, a man whose predictions come true with a probability of up to 90%, soon computers will be able to draw, write, compose and create better than the most brilliant of people. Apparently, we should expect a large number of suicides among unclaimed creative natures.

9 The days will get longer

It’s not about changing the perception of time and other metaphysical rubbish. Days are literally getting longer: every 100 years, a day lengthens by 1.7 milliseconds. So someday humanity will have that very missing 25th hour. But Nekrasov’s comes to mind: “It’s only a pity – you won’t have to live in this beautiful time – neither me nor you.”

10 We Will Eat Food Grown In The Swamp 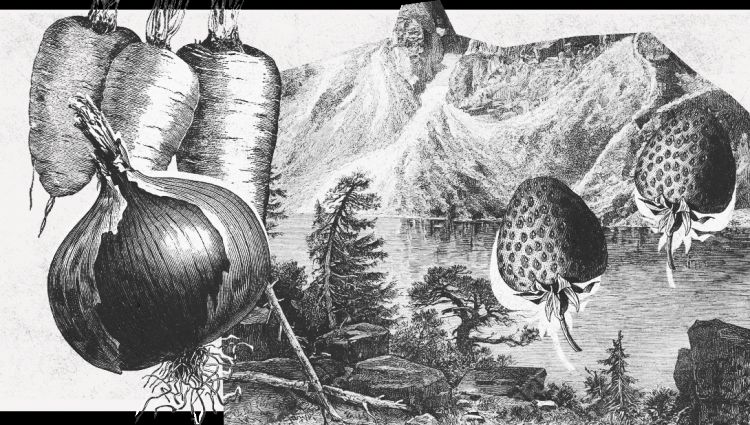 According to some forward-thinking minds in the food industry, we will soon be eating things made from algae. Yes, from that thick slime that floats on the surface of the water. Apparently, thanks to flavorings and taste substitutes, we won’t even have a clue that just a few days ago it was ordinary swamp mud.

11 Smart Pills Will Be Able To Detect Health Threats

In 2014, Google X Labs announced that they were working on microscopic pills that would circulate through the blood and detect cancer and heart disease long before they became dangerous. And it’s a great alternative to physical exams that no one ever goes to. Diseases are usually remembered when they are already in full bloom and serious intervention is indispensable. And so there is hope that the disease will not go unnoticed.

12 Bathroom Mirrors Will Check Us Every Morning

If you want to know the condition of your skin, weight and what age you look like, then look in the mirror. According to the British technology company Futurizon, soon every citizen of the Earth will have a bathroom with mirrors that have built-in LED displays and high-resolution cameras. You will be able to track the changes, and the data will be transferred to the attending physician. Naturally, the mirror, like other modern gadgets, will be connected to the Internet.

13 Planes of the future will have panoramic windows

The problem with portholes is not even that they suck in and kill people – it is rather an exception to the rule. But the fact that not everyone can see the heavenly beauties from the porthole is a fact. The more valuable the window seat. After all, what is the most pleasant thing during a flight? No, not food and not even a quiet neighbor. The most pleasant thing is the view: endless plains, rivers and cities glowing with electric light. Everything seems so small and fussy. Therefore, Spike Aerospace is developing aircraft with panoramic windows. However, you should not think that these will be the traditional type of portholes, for the manufacture of which glass, plastic and rubber seals are used. Portholes will be virtual, but no less impressive. So even better and more beautiful.

14 Every step you take will be watched by spy dust

Recently, California professor Chris Pister showed the world the concept of “smart dust” – tiny sensors invisible to the human eye that can record and transmit any information. Although this technology was not mentioned before, evil tongues began to say that it was by no means new and had been used by intelligence for many years. After all, as you know, most technologies are first developed for military needs, and only then, after sufficient study and use, they pass into the tenacious hands of civilians. I am glad that now this very dust will not be a secret for us.

15 Self-driving cars will become a reality, not a fantasy

According to forecasts, in the next 2-3 years there will be about 10 million self-driving cars on the roads. The long-standing dream of Google and Tesla to flood the market with drones has long been known. But it is much more interesting how many of them will be on our roads.

16 Nanobots in the blood can protect you from diseases

It’s a little uncomfortable knowing that robots are scurrying around inside you, which can be hacked. But on the other hand, they will protect you from diseases much more effectively than your own dysfunctional immunity. However, there are many more questions about robots than answers. For example, where will your health information be stored? After all, in fact, if you wish, you can get to know you, so to speak, from the inside, in great detail, down to the genetic predisposition to specific diseases. Fortunately, all this will not happen before 2030, so there is still time to find out the level of privacy and ethical implications of such a technology.

For more than a dozen years, we have been getting used to antibiotics exactly so that they stop working. Alas, the era of antimicrobial resistance is coming to an end, which can lead to a real plague among patients. Presumably, this will happen in the 2050s, so all hope is for medicine, otherwise our future is sad.

18 The asteroid will arrive, but not soon

Someday this must happen, because millions of people are almost looking forward to this event. Therefore, NASA decided to reassure all those who hope for a collision of the Earth with Nibiru or asteroids. Presumably, this will happen on March 16, 2880. This prediction has the highest probability of coming true – a whole 1%. Yes, yes, with a probability of 99%, humanity will again avoid the fate of dinosaur ancestors. 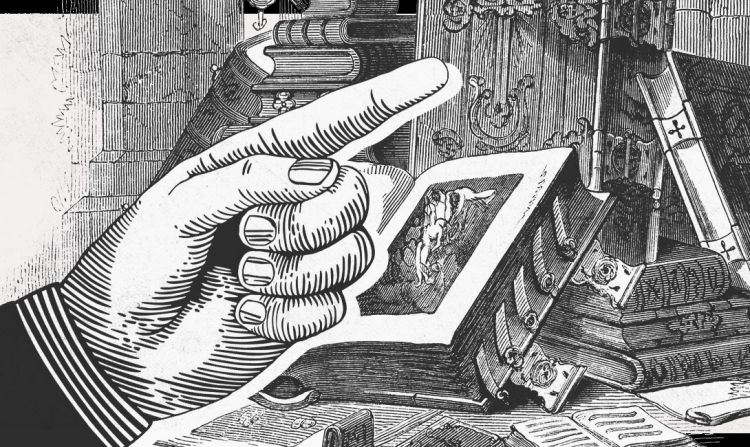 We are still waiting with bated breath for the robots we see on the big screen. According to experts, AI is proving to be a much bigger problem than expected.

However, what we will see in the near future is a transhuman. We will soon begin to replace parts of ourselves with machines and genetically modified body parts. And soon we will face the struggle between the higher people that we have created, and people without additions.

For the first time, neural prostheses became known in 2005. It is important to understand that this is not a substitute for the brain, but a kind of hard drives for storing memory, as well as a kind of patches that can repair damage to the brain and improve its activity. It will take decades to develop them, but someday people will be able to bring their minds closer to the level of a computer.

22 We Still Have To Leave The Earth

Even Stephen Hawking said that the planet is doomed and we will have to look for a new home. Due to such unpleasant things as climate change, epidemics, population growth and natural disasters, life will become unbearable. Plus, the unfortunate 1% percent of the threatening asteroid haunts.