The Holy Blessed Matrona of Moscow is one of the most famous Orthodox saints.

The people still love and revere her, offering prayers to her.

She became famous thanks to her gift, which she acquired at birth. Her whole life has become an example of the spiritual feat of love, patience and compassion.

People went to mother for help with their illnesses and worries, pilgrims always stood at her house. Matronushka helped everyone, healed and blessed.

THE LIFE OF THE HOLY MATRON OF MOSCOW

Matrona was born on November 22, 1881 in the Russian village of Sebino. Matrona’s parents were not young and even before the birth of the girl they decided to leave her in an orphanage. But Matrona’s mother had a prophetic dream with a white and beautiful, but blind dove, and she refused to give her daughter away.

The matron was not just blind, she had no eyes at all. The eye sockets were closed with tightly closed eyelids, like those of the white bird that her mother had seen in her dream. Instead, the girl received spiritual sight.

Also on the chest of the Matrona was a small bulge in the shape of a cross, which was perceived as a sign from above. Already at the age of 7, the girl opened the gift of healing and prediction. 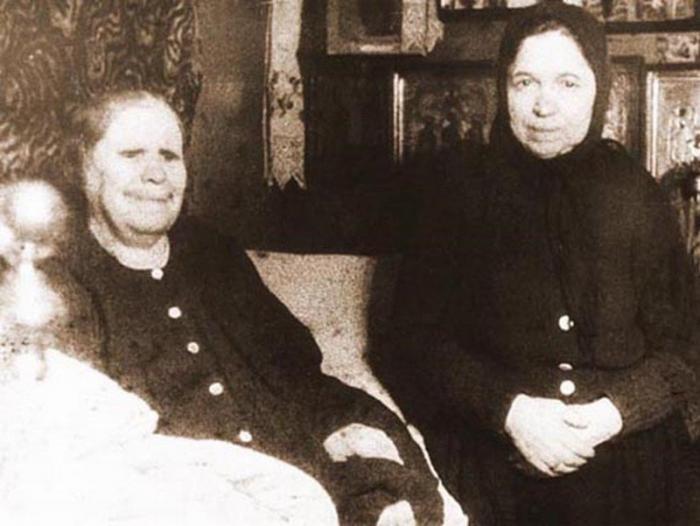 The gift of spiritual reasoning, insight and healing Matron was marked by God from an early age. Relatives began to notice that Matrona sees not only human sins, crimes, but also thoughts. She predicted dangers, natural and social disasters.

From an early age, the girl began to treat people. Thanks to her prayer, people were healed of diseases. Visitors began to come to her, first from Sebino, and then from the surrounding villages.

Bedridden patients were brought to her, whom she raised to their feet. Four kilometers from Sebino lived a man who could not walk. The matron said: “Let him come to me in the morning, crawl. It will crawl by three o’clock . ” The man believed in the power of Matrona and crawled these four kilometers, and left her on his feet, healed. 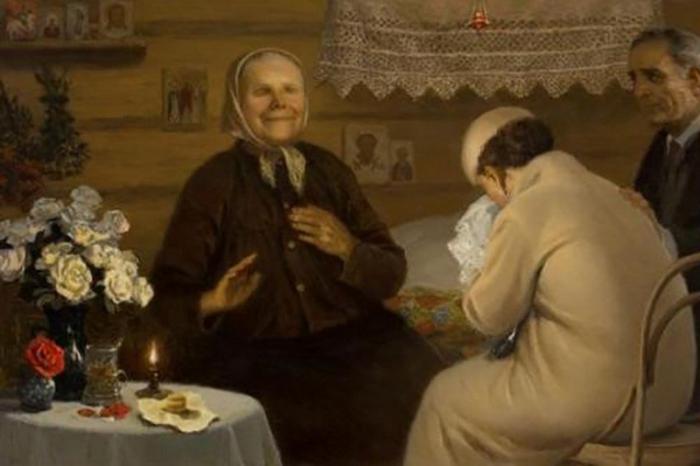 The gift of the Matrona had nothing to do with conspiracies, divination, folk healing or witchcraft. All her strength, all her healing came from God. Therefore, she was hated by sorcerers and various occultists, as people who knew her closely told about. The matron prayed for the people. She was God’s servant, endowed with a spiritual gift, and she asked for help only from the Lord.

In addition to the gift of healing, Matrona also possessed unprecedented insight. Even at an early age, Matrona predicted a revolution. She said that they would rob, destroy temples and persecute everyone in a row. And her predictions came true. On her own, she left many predictions that are still coming true, including predictions for 2020.

PREDICTIONS OF THE HOLY MATRON OF MOSCOW FOR 2020

Matrona of Moscow connected her whole life with faith in God. She said that all the problems of people are from godlessness and lack of faith . According to her, if the nation loses spirituality, it is doomed to death. Matronushka predicted that serious trials await us in 2020, but their essence remains a mystery.

“There will be many victims. You will die without war. All will lie on the ground. War goes on without war!

These words are interpreted in different ways. No one knows what she saw in her visions.

But many assume that Matrona allegedly foresaw that many people would die from diseases without a war and that an economic collapse would occur in the world in 2020.

It is noted that Russia will also be affected by economic turmoil, but the country will successfully overcome them. In the post-crisis period, the Russian Federation will gradually abandon external lending and will be able to fully restore its economy, the saint “predicted”.

Matrona also described the spiritual fall of the nation. When it reaches its peak, spiritual death will show its face, and there will be nowhere to fall. The only thing left for people is to believe in God again . 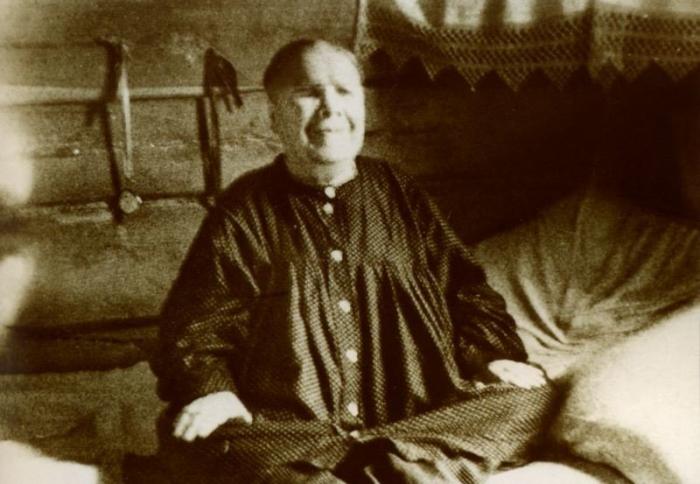 Mother warned that Russia could disappear from the face of the earth if its population believed the liars. If the Russians stop sincerely believing in the Lord and chase after material goods, then this is a hello to a deplorable outcome.

This is how she described the time:

“The people under hypnosis, not their own, a terrible force lives in the air, penetrates everywhere, before swamps and dense forests were the habitat of this force, since people went to churches, wore a cross and houses were protected by images, lamps and consecration, and demons flew by past such houses, and now people are inhabited by demons due to unbelief and rejection of God.

Matronushka predicted that in these troubled times the rulers of the state would steal all the wealth of the country into their pockets. The population will face a choice: a cross or bread.

It is possible that, on the contrary, by the end of 2020, the dark period will end and positive changes will occur.

“The people are blind, they live in filth and lies, but when their eyes are opened, then they will rise up and begin to act outrageously, and no one will stop them. Citizens will not be able to get rid of the darkness for a long time and will retreat for a long time, but everything will end well in the end – a great, protracted victory.

The saint’s prediction gives reason to believe that 2020 may become a critical, turning point for us . After the crisis, there will be a spiritual awakening that will force people to rethink their attitude to life and faith.

These changes will become so significant that they will make our society completely different. Matrona calls us to return to God again, believe and pray.

What will happen to the world in 2020

According to the visions of the seer, starting from 2021, the enlightenment of Europeans will begin . Countries will refuse to accept the United States as a world leader and dictator. The European Union will disintegrate, and in its place a stronger coalition will be formed, led by Russia.

It will include all the countries of the former Soviet Union and gradually all Europeans. After the fall of the world economy, it will slowly recover. But the center of economic affairs will shift to Russian soil.

The fact that from 2020 the era of rebirth and formation will begin for Russia was not only Matrona. The same opinion was shared by Vanga and Nostradamus. By 2030-2040, the Russian state will become an industrial world center. In the space, military and agricultural spheres of Russia there will be no equal ….

Saint Matrona is revered by the people, prayers are offered to her. We offer you a few prayers to the Matrona of Moscow, which will help in difficult times.

PRAYER TO MATRON OF MOSCOW FOR HEALTH

“O blessed mother Matrono, now hear and accept us, sinners, praying to you, who have learned to accept and listen to all those who suffer and mourn in all your life, with faith and hope for your intercession and the help of those who come running, quick help and miraculous healing to everyone. May your mercy not fail now to us, the unworthy, restless in this world of many vanities and nowhere to find comfort and compassion in spiritual sorrows and help in bodily illnesses.

Heal our sicknesses, deliver us from the temptations and torment of the devil, who is passionately fighting, help me to carry my worldly Cross, endure all the hardships of life and not lose the image of God in it, keep the Orthodox faith until the end of our days, have strong hope and hope in God and have unfeigned love to the neighbors. Help us, after departing from this life, reach the Kingdom of Heaven with all those who please God, glorifying the mercy and goodness of the Heavenly Father, in the Trinity of glory, the Father and the Son and the Holy Spirit, forever and ever. Amen . ”

PRAYER TO MATRON FOR HELP IN MONEY MATTERS

“I trust in you, O Matrona of Moscow, and I pray for help in difficult days. You stand up for the righteous and punish the sinners. Send me wealth of money and cleanse my soul from anger and greed. Let money come for food and expenses of necessary importance. Ask the Lord God for mercy and do not be angry with me for the poverty of the soul. May it be so. Amen . “ 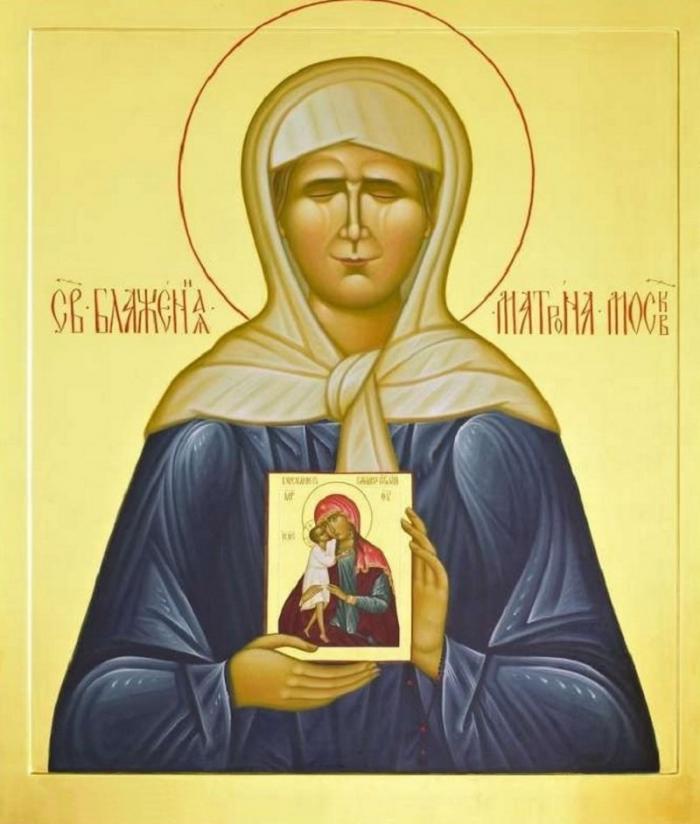 “Blessed Old Lady Matrona, intercessor and protector of all living on Earth. Ask the Lord God for mercy and forgive me all the bad deeds. I tearfully pray and promise not to kill my soul with sore sinfulness. Help me find a job within my power and do not deprive me of good luck in a good undertaking. Intercede for me before the all-seeing Lord and do not let my sinful soul perish. Amen”. 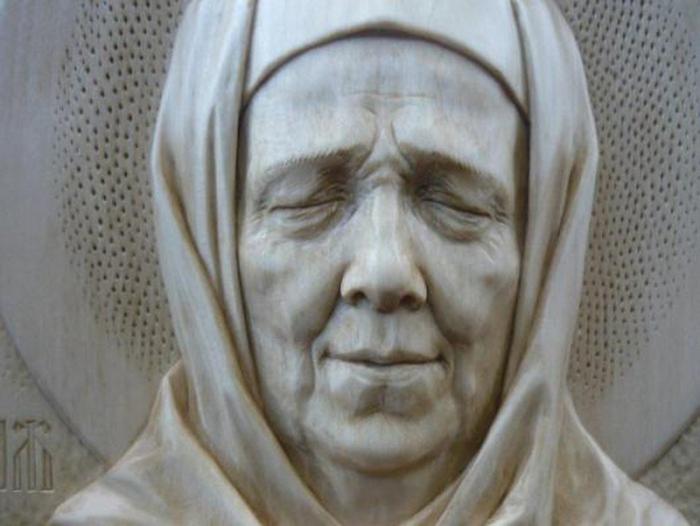 Matrona inspires by her example, she healed from illnesses, delivered from sorrows of all those in need. Despite all the hardships of her life, wanderings and hardships, she never complained and kept faith in the Lord until her last days. May these strongest prayers cleanse your heart, and may the Holy Matronushka help in all matters.